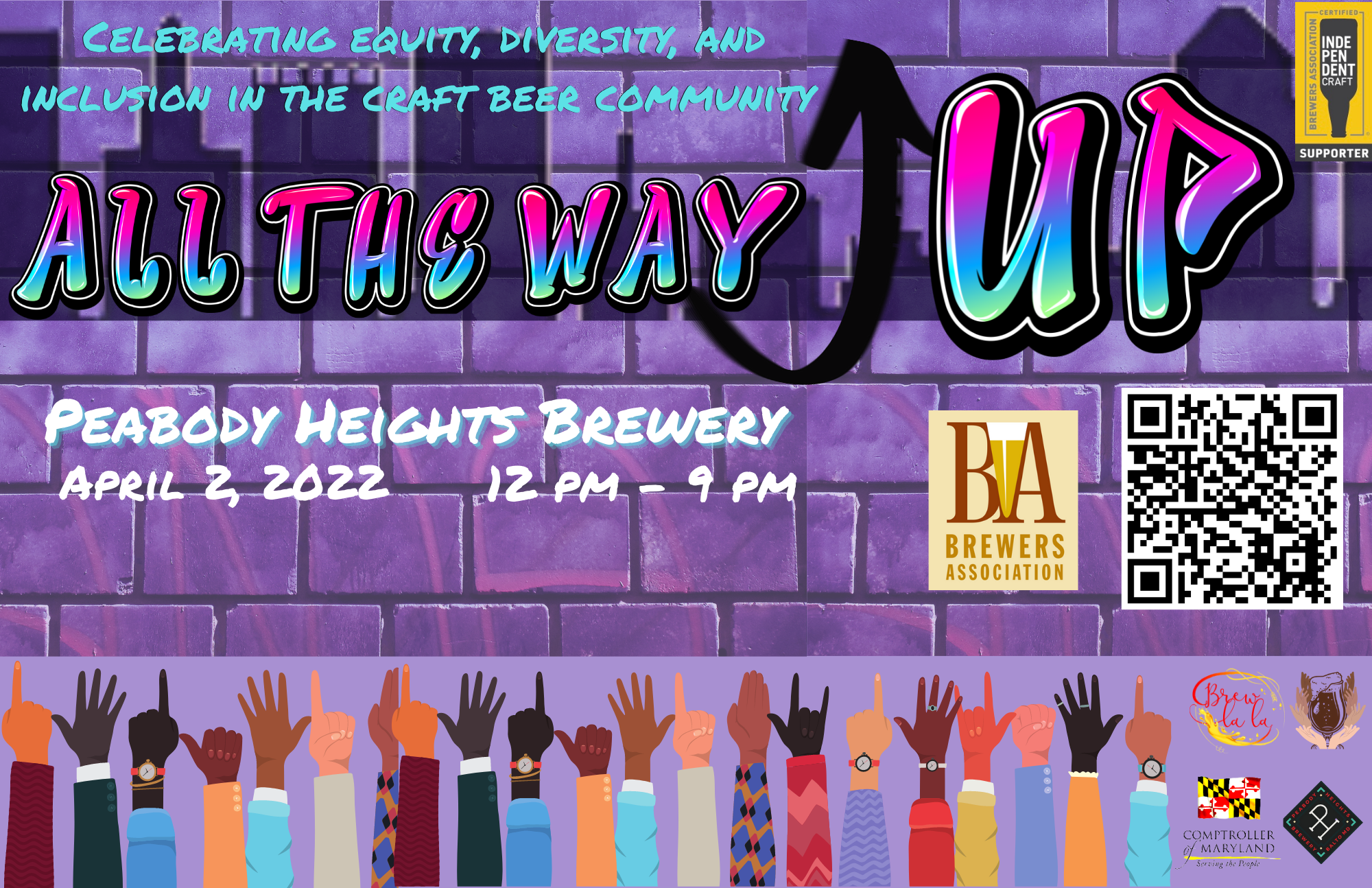 “All the Way Up” A Celebration of Diversity, Equity and Inclusion in the Craft Beer Community

(Baltimore, MD) – Peabody Heights Brewery, Brewlala, Lifting Lucy, BrewGodz, and BrewMashers are coming together to bring awareness, craft beer, laughter, art, musical entertainment, and more to the Baltimore area on April 2, 2022. Peabody Heights Brewery will be celebrating the release of their new brew “Campy”, a Pilsner style beer inspired by world renowned Afro-Italian Hall of Fame baseball player, Roy Campanella.  Roy “Campy” Campanella, was one of the greatest hitting catchers of all time. He played with the Baltimore Elite Giants on Oriole Park V where Peabody Heights Brewery stands today. He was signed by the Brooklyn Dodgers in 1950 and joined Jackie Robinson as one of the first Black players signed to an integrated team. He was a highly decorated player and was inducted into the Hall of Fame in 1969.

April 2nd, “Campy” will be released to much fanfare including music, art, food, makers, shakers, entertainers, influencers and just good people sharing a pint of delicious locally made beer. Additionally, Peabody Heights Brewery along with its participating organizations are hosting a merchant market to highlight local small businesses owned by those in the BIPoC and LGBTQ+ identifying communities. Food trucks include B’More Arepas, SO Beachy Haitian, Flair Cuisine and more. Closing the night is a comedy showcase organized by Mike Quindlen; creative director of Ellicott City Silly Festival.

This event is free and open to the public. However, a limited number of Comedy and Beer Tasting VIP tickets are available. Reserve your free or upgraded tickets now on Eventbrite.

A percentage of proceeds from ticket and beer sales will benefit Lifting Lucy, an organization supporting women of color in educational opportunities and increased access in the craft beverage industry. “We’re extremely grateful for this opportunity to co-host such a diverse event. An inviting environment such as Peabody Heights Brewery’s, allows a safe space to raise awareness for a more inclusive craft beverage world; while enjoying great people and great beer,” stated co-founder, Tranice Watts.

For more information on the event or becoming a sponsor, please reach out to liftinglucy.org.

Since 2012, Peabody Heights Brewery has been cultivating good brews, first as a contract brewery and then creating their own beers beginning three years later. They are proud residents of the Abell neighborhood in North Central Baltimore. The site was home to Terrapin Park from 1914-1944. The Park was a wooden stadium that hosted a variety of teams including the Negro American League Baltimore Elite Giants, Federal League Baltimore Terrapins, and minor league Baltimore Orioles.