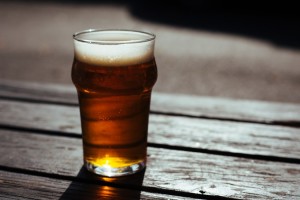 Several hundred people crowd around a 40-foot pinewood derby track inside Union Craft Brewing’s Baltimore taproom as handcrafted race cars whizz past. It’s a brisk Sunday afternoon in February, and 146 racers are competing in speed and style, with several creative entries—from a miniature recreation of the brewery’s outdoor space (down to the string lights and vibrant mural) to visual representations of its beers AM Gold Cream Ale and Duckpin Pale Ale—paying tribute to the brewery itself.

The success of the event, in which unpowered miniature cars crafted from a block of pine are pitted against each other on a steeply sloping track, is testament to the strong brand and tight-knit community Union has built since opening in 2012, when the total number of breweries in Maryland hovered around 20. Today, that number is over 100 (with a dozen more in the planning stages), and Towson University alums are playing key roles in all aspects of the industry… To continue reading, click here.