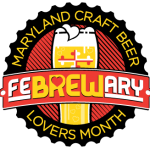 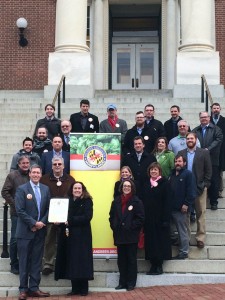 FeBREWary will run from February 1-29. In addition to events, beer launches and food pairings, several hotel packages are being offered with amenities including transportation to and from breweries, pint glasses, 6-packs of local craft beer and much more. The month-long celebration is expected to bring visitors to the region and contribute to the economy through increased hotel bookings and spending at restaurants and breweries.

“With craft brew events on tap across the state, and world-class Maryland breweries open for business and visitors, FeBREWary is the best time for a beer lover’s getaway,” said Liz Fitzsimmons, executive director, Maryland Office of Tourism. “Head to a local craft brewery to try a new style of beer or cozy up with a tall mug of an old favorite. From the mountains to the beach, FeBREWary is the perfect opportunity to hoist a pint with good friends in a Maryland destination you’ve yet to explore.”

“FeBREWary promotes Marylanders’ love for their home-grown craft beer,” said Kevin Atticks, executive director, Brewers Association of Maryland. “This partnership with the Office of Tourism Development brings a focus on the state’s more than 50 craft breweries and the incredible fans who support them.”

Ben Savage, chief marketing officer, Flying Dog Brewery and president of the Brewers Association of Maryland, shares the excitement in kicking off Maryland Craft Beer Lovers Month. “Maryland is full of great breweries, great beer and great people—and that certainly is a reason to celebrate,” said Savage. “We plan to launch a very special beer that celebrates our 25th year as an independent craft brewery, and after two and a half decades we couldn’t be more excited about our future.”

Visitors are encouraged to share their FeBREWary experiences on social media using the hashtags #MDfeBREWary and #MDBeerLovers.

About Maryland Tourism
The Maryland Office of Tourism is an agency of the Division of Tourism, Film and the Arts within the Maryland Department of Commerce. Visitors to the state spent $16.4 billion on travel-related expenses in 2014. The Maryland tourism industry also generated $2.2 billion in state and local taxes, and provided Marylanders with 140,288 jobs with a payroll of $5.4 million. For more information: visit www.visitmaryland.org

The brewing industry in Maryland dates back to the American colonial period, when the first brewing company in the colony opened in the mid-1600s. With a rich brewing history of over 300 years, BAM is committed to continuing the proud tradition of crafting world-class beer in the Old Line State.  Maryland craft breweries continue to grow and support local communities, from small business owners to the family farm.

About Shore Craft Beer
Shore Craft Beer launched in October 2014 as a way to unify the breweries on the Shore and market them along with the region’s hotels, bars, and restaurants to make the Shore the newest and hottest craft beer destination. Combining education, events, festivals, brochures and hotel packages, Shore Craft Beer has successfully led efforts to elevate the knowledge and penetration of locally produced craft beer in the region. Together with their partner site OceanCity.com, ShoreCraftBeer.com celebrates the World Class Beer and World Class Beauty of the Shore with deals, information and even a brewery challenge app. For more information: visit www.shorecraftbeer.com