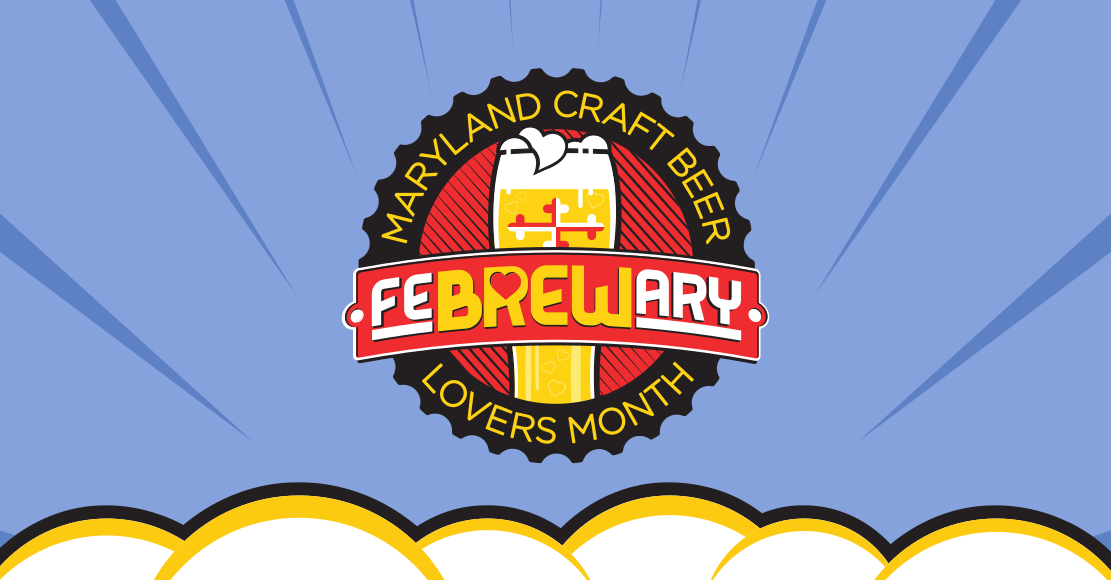 (ANNAPOLIS, MD) – Marked by delicious new releases and unique engagements at neighborhood breweries and retailers throughout the state, FeBREWary is Maryland’s annual celebration of locally brewed beer. This year, the Brewers Association of Maryland (BAM) is theming its promotions during FeBREWary around “Love Thy Beer” and encourages craft beer fans to explore local winter beer styles while learning about the businesses and people within the industry.

Prior to COVID-19, Love Thy Beer was the industry’s sole FeBREWary consumer event. hosted in Silver Spring, this exclusive showcase of winter beers offered attendees the chance to chat with brewery representatives and sample seasonal releases. This year, consumers can celebrate Love Thy Beer at Maryland breweries where taproom menus highlight styles that pair best with winter weather.

“Due to concerns for public safety and restrictions on gatherings, we sought a way to bring Love Thy Beer to the consumer,” said Jim Bauckman, Director of Communications for BAM. “This approach broadens participation from breweries and provides us a theme for richer promotion of the industry.”

The Love Thy Beer theme will also be used to highlight numerous industry stakeholders during the month-long promotion. Representatives from breweries, craft beer influencers, and local artists designing beer packaging are among the stakeholders whose perspectives will be shared to tell the larger story of the state’s craft beer community. These stories will be told through the association’s social media accounts and during weekly virtual chats, hosted on Facebook and YouTube.

“The last year has challenged most people and industries. Overcoming these challenges has required passion and determination. We want to celebrate everything that brings breweries and consumers together as a community,” said Sarah Healey, President of BAM.

The association also intends to use the Love Thy Beer as a call to action for Maryland residents to share their support for proposed legislation during the 2021 session of the General Assembly.

In response to COVID-19, executive orders and regulatory actions provided Maryland’s breweries with sales channels that include direct-to-consumer shipping and door-to-door delivery of Maryland beer. In an effort to reduce in-person interaction, ceilings on carryout sales from brewery taprooms were lifted. Industry members have been nimble and many continue to fare well this year, owing thanks to the actions taken by Governor Larry Hogan and Comptroller Peter Franchot.

“The state’s craft beer industry has demonstrated its ability to adapt to challenges and ensure Maryland craft beer consumers retained safe access to these local products,” said Kevin Atticks, Executive Director of BAM. “We’re hopeful that our bill codifies the accommodations made for this industry to allow these newly adopted models to flourish.”

This year’s celebration of FeBREWary kicked off on Monday, February 1, 2021, with a virtual toast from the President of the Brewers Association of Maryland, Sarah Healey. Craft beer fans throughout the state are encouraged to support local breweries by purchasing and enjoying Maryland beer all month long.

FeBREWary is the annual celebration of Maryland’s craft beer industry. Proclaimed as “Maryland Craft Beer Lovers Month” by Governor Hogan since 2015, the month showcases the more than 100 breweries that operate in the state. Supporting more than 7,100 full-time jobs and $956 million in economic impact, Maryland’s beer industry is a major contributor to the economy. Consumers, brewers, retailers, and wholesalers are all active participants in FeBREWary.