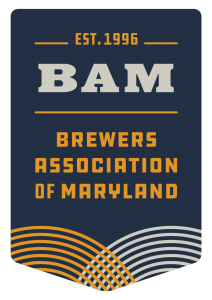 (ANNAPOLIS, MD) – On behalf of its members, the Brewers Association of Maryland made a contribution of $1,100 to the Michael Jackson Foundation for Brewing & Distilling. This contribution helps to provide funding for scholarship awards for Black, Indigenous, and People of Color (BIPOC) seeking career development within the brewing and distilling industries.

“Our objective is to ensure that people from all backgrounds have an opportunity to access the tools and resources necessary to succeed in this industry,” said Brewers Association of Maryland President Sarah Healey about the trade association’s contribution. “This industry’s success should be reflected in the diversity of people and ideas that are represented in our production spaces and tasting rooms. Together, we’re working to ensure that inclusion and equity are guiding principals in our craft.”

The Brewers Association of Maryland has identified addressing the lack of diversity amongst industry members and supporters as a priority. To focus on equality, diversity, and inclusion within the state’s brewing industry, the Brewers Association of Maryland will task a new committee with consideration of these matters. The Michael Jackson Foundation for Brewing & Distilling announced its initiatives to provide scholarships for BIPOC candidates in the summer of 2020.

In the wake of the George Floyd shooting in Minnesota, craft breweries throughout the United States, and around the globe, collaborated to release “Black is Beautiful.” Started by Weathered Souls Brewing in San Antonio, TX, this beer raised funds to address police brutality and provide legal defense to those who have been wronged. Eighteen Maryland breweries brewed “Black is Beautiful” releases and made contributions to local and regional organizations promoting racial justice and equality.

To learn more about the Michael Jackson Foundation for Brewing & Distilling and its mission, visit http://www.themjf.org.