5th Company Brewing will be Perryville’s 1st production brewery. The brewery will operate out of a 10,000 sq ft warehouse, located in the town center. We are currently under renovation, with plans to open by the end of summer 2019. The brewery will hold a large tap house with plans for distribution. In addition to the brewery; we will have a full scale kitchen, large outdoor patio, private event space, and plans to hold various indoor venues.

5th Company Brewing takes its name after a local militia raised during the Revolutionary War by Col. John Rodgers. Col. Rodgers  operated the famous Rodgers Tavern, which was a favorite watering hole for such revolutionary figures such as George Washington, Marquis de Lafayette, Thomas Jefferson, and James Madison. Rodgers Tavern is located directly across from our brewery site.

Our head brewer/partner is Mike McGrath, formerly of Pelican Brewing Company out of Oregon. Mike was a long time home brewer in Ellicott City and decided to follow his dream of opening a brewpub. At the time, the best IPAs in the world were made in the hop heaven of Oregon, so he moved there. He was hired by Pelican Brewing and trained under the reigning brewmaster of the year. Mike operated two of their brewpubs and developed GABF, World Beer Cup, and other international award winning beers. When he isn’t in the brewery, you can find him sailing on the Chesapeake. 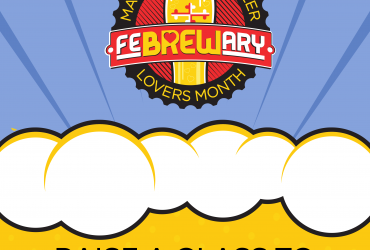 Maryland Breweries To Kick Off FeBREWary With Women-Brewed Collaborative Release