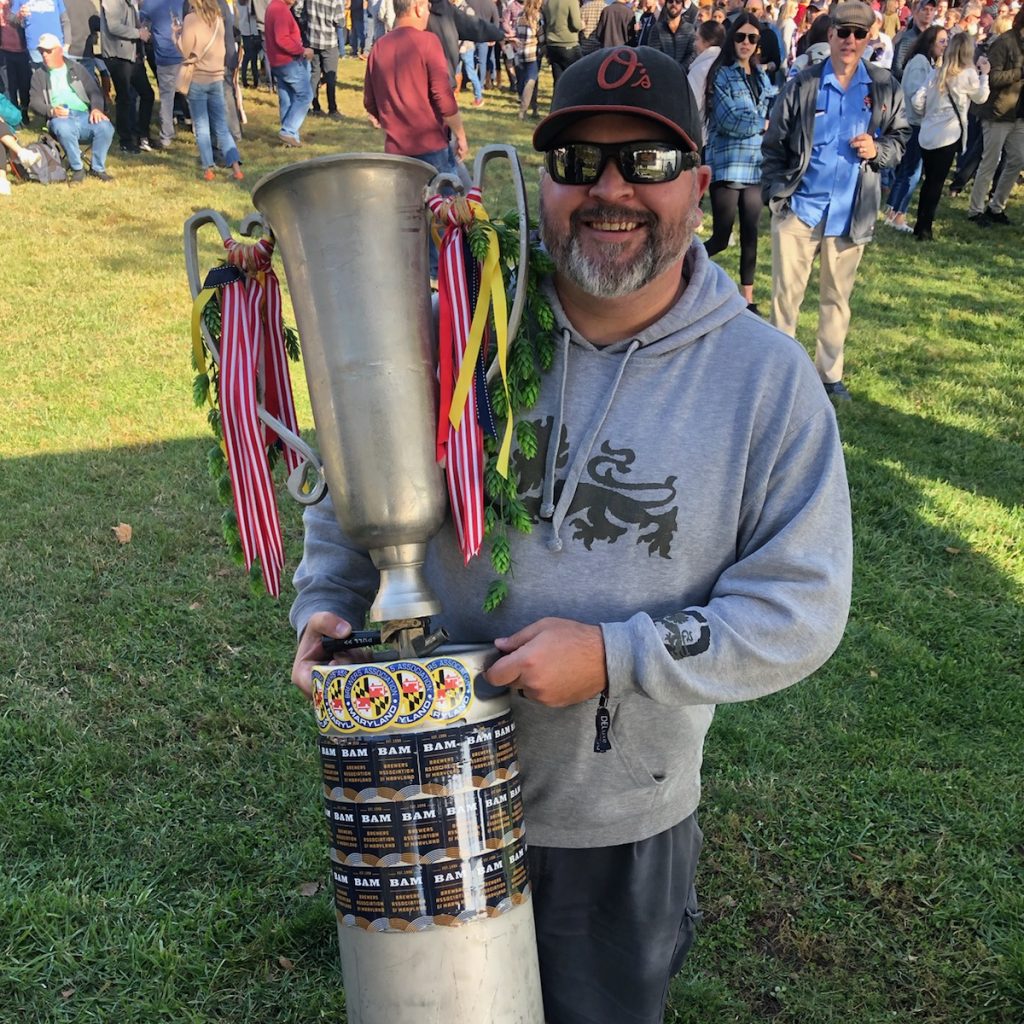 (ANNAPOLIS, MD) – The final round of judging for the 2021 Maryland Craft Beer Competition took place at the Baltimore Craft Beer Festival on November 6. In front of thousands of event attendees, Oliver Brewing Company’s Barrel Aged Liquid Luxury was awarded the Competition’s trophy – a silver cup proudly mounted atop a sixth barrel keg – and claimed the top title from more than 270 competition entries.

“Everyone at Oliver Brewing Co. is very proud of this recognition for Barred Aged Liquid Luxury, specifically because it was a project that really engaged every member of the team from the onset,” said Oliver Brewing Co.’s Justin Dvorkin. “We set out to make the biggest and baddest stout we have ever produced, but wanted to make sure it still came across with the level of refinement and drinkability that our barrel aged beers are known for.”

The Maryland Craft Beer Competition is an annual competition that judges beer produced by members of the Brewers Association of Maryland. Runners up for the competition’s cup included Lowest Lord ESB from Denizens Brewing Company and Vincent ‘52 Schwarzbier from Rockwell Brewery. This year’s competition set a record for entries with 271 unique beer submissions from 33 participating breweries. Each beer entered into the competition was organized into the appropriate style category and judged. The Association awarded gold, silver, and bronze medals in 19 style categories.

“Despite taking a year off from the competition, our brewers haven’t missed a beat. What stands out most is the quality of the beers submitted. Many of the judges, who are among the most distinguished we’ve had, commented on how challenging this year’s competition was to judge,” says Kelly Dudeck, Competition Coordinator and Chief Strategy Officer of the Brewers Association of Maryland. “As Maryland’s craft beer industry continues to grow, so does this competition. In fact, this year we had a record number of entries.”

As the craft beer industry in Maryland grows, awards from competitions like the Maryland Craft Beer Competition serve as a fun and effective marketing tool for breweries. These awards also help consumers distinguish which breweries are noted for brewing quality beer. Following this year’s competition, there are 60 beers on shelves and taps throughout the state that are considered award-winning.

“It’s amazing to see how the Maryland craft beer scene has grown over the years,” said Dvorkin. “There are so many extremely talented brewers and great business minds in our local industry that we can certainly say Maryland stands right up there with any other state in regards to the quality, passion, and character of our industry.”